Julia Dennison was born on January 31, 1826, the 8th child of Colonel Andrew Dennison and his wife Lydia Lufkin. Two years later on November 22, 1828, their next child—Matilda—was born. Both Julia and Matilda were probably born in the family home on Everett Street in Brunswick. 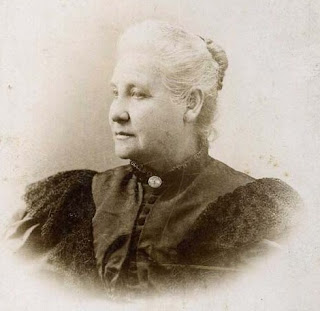 Photograph of Matilda Dennison Swift, a key figure in the Dennison Manufacturing Company. From the Pejepscot Historical Society, acc# 1977.35.5.

Not much is known about the youth of these two women. Julia attended school until she was at least 14—a report card of hers, now in the collection of the Pejepscot Historical Society, attests to this. It was around this time that both Julia and Matilda became involved in what would later be the family business. Their brother, Aaron, a watchmaker, enlisted his sisters and father to make paper boxes for him to sell his watches in. Their father would cut the paper, and Julia and Matilda and assemble the boxes, folding and pasting them together. Julia is sometimes given credit as making the first Dennison box, marking the beginning of what would eventually become the largest box company in the .

Almost immediately, the business became a complete success, and Colonel Andrew was able to hire someone to help the family produce their boxes. In 1847, Algernon Hinkson was hired and began working at the box “factory” in a room on the second floor of the Dennison home. Apparently a romance began between Algernon and Julia, and the couple were married that year. The couple had one child, Ann Julia, born on September 12, 1847. Sadly, Julia died in March 28, 1848 of unspecified causes. Matilda adopted the then 5 month old Ann and raised her. 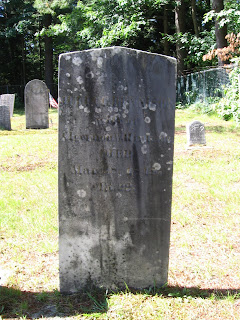 The gravestone of Julia Dennison, who is buried near her father, Andrew. Julia was just 22 when she died.
Following Julia’s death, Matilda was the only Dennison woman who worked in the family business. On July 27, 1855 she married George H. Swift, an artist. In 1863, she was put in charge of a Dennison factory, and chose the Day Block as its location. There, she oversaw the production of J.J. Brown brooch boxes. Algernon Hinkson, Julia’s widower, managed the cutting room.

The Day Block, a building located on the north corner of Maine and Mason Streets in Brunswick. Just across Mason Street (and out of frame) stood the Mason Street Universalist Church, which Matilda was involved in. From the Pejepscot Historical Society, acc# 1993.22.71.834.
Matilda was renown for her craftsmanship and the quality of her work later set the high standards of the Dennison Manufacturing Company. Her husband George, who had long been sickly, died in 1893. Matilda continued to live as a prominent member of the community and philanthropist. After the on burned in 1884, Matilda had the melted remains of the church’s bell—which her father had helped the church obtain—recast into a new bell. That bell now hangs at the on the corner of Pleasant and Middle Streets. Her generous spirit was not limited to people, though. Matilda had a soft spot in her heart for animals, and even raised a lame robin once, teaching it to whistle. She died on April 22, 1902 at the age of 73, after rightfully earning the nickname “Matilda Greatheart.” 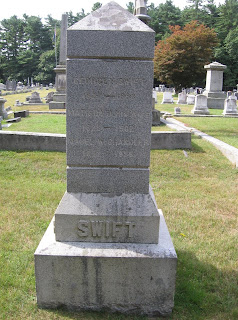 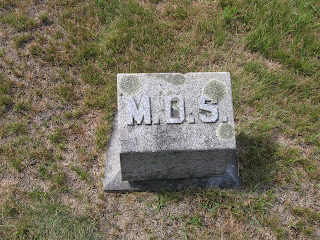 Top: The Swift - Chandler Monument. Matilda Dennison Swift is buried here, at the front of the 8th row from the right, with her husband.