Continuing past the grave of the Bowdoin’s first president, Joseph McKeen, a visitor to Pine Grove Cemetery comes upon several members of the Appleton family. The Appletons—Rev. Jesse, his wife Elizabeth, and their children—would have a long and lasting impression upon the college, beginning with Jesse’s inauguration as the second president after McKeen’s death in 1807. 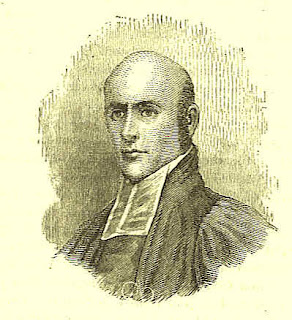 Jesse was born in New Ipswich, New Hampshire, on November 17, 1772, the son of a farmer. Thanks to the help of a brother, Jesse was able to pay his way through school, eventually graduating—like Joseph McKeen did—from Dartmouth, in 1792. Then, like McKeen, he spent several years both teaching and studying theology before ultimately settling in Hampton, New Hampshire as the pastor of the local Congregational Church, where he was ordained in February of 1797. Jesse’s initial salary included 90£, the keep of his horse, and 20£ worth of food. In 1800 he married Elizabeth Means (born 1799) of Amherst, New Hampshire, the daughter of the wealthy Colonel Robert and Mary (McGregor). The couple would go on to have six children who survived to adulthood.

Jesse spent ten years preaching in Hampton, publishing frequently and garnering quite a reputation as a theologian. He was particularly involved in the Second Great Awakening and believed that anyone could achieve salvation. After Joseph McKeen’s death in July, Jesse was elected in September, 1807 as the college’s next president, and was inaugurated in December.

Jesse’s presidency is characterized by his strict work ethic, which some historians argue is directly responsible for his death. Jesse would often stay up late into the night and then awake at 4 a.m., gaining only 3 or 4 hours of sleep. A tall, thin man, he would also regularly skip meals, so as to have more time to complete his work. Opinions on the effectiveness of Appleton’s presidency seem mixed; some argue that he was quite successful at alleviating the college’s financial issues, while others, such as Louis C. Hatch, complain that Jesse was “anxious over-much” (Hatch, 38) and was too negative and fearful. Despite these accusations, Jesse’s reported final words are full of hope: “God has taken care of the college, and God will take care of the college” (quoted in Hatch, 41). Jesse Appleton died on November 12, 1819, probably of tuberculosis, just 5 days short of his 47th birthday. 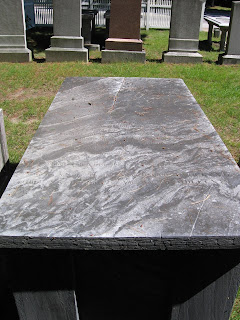 Jesse Appleton's grave. The Latin inscription is very worn; an English translation can be found here.
The college, once again, paid for the burial of their president. As another memorial to Jesse, Appleton Hall was named after him in 1847. After her husband’s death, Elizabeth moved her family back to New Hampshire and lived with her brother, Robert. Frances, her second eldest, would eventually marry Bowdon College professor Alpheus Spring Packard in 1827 before her early death in June 1839 at age 25—she, too, is laid to rest in Pine Grove. The most famous of the Appleton children—Jane, the third eldest—would later marry Franklin Pierce on November 19, 1834. Coincidentally, the couple met in New Hampshire though Pierce entered Bowdoin College the year after the Appleton family left it. Franklin Pierce would later go on to become the 14th President of the United States, apparently much to Jane’s chagrin. 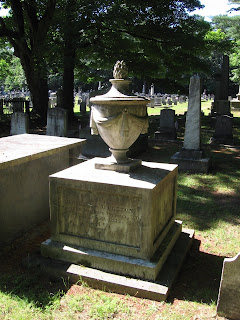